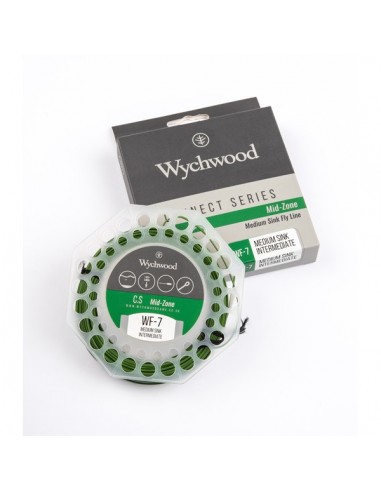 For maintaining a good fishable depth whether you choose to fish with lures or the more imitative approach, the Mid-Zone line, available in 6-wt, 7-wt and 8-wt, will be key to your success.

The steady sink rate is an ideal choice for fishing teams of flies through the water column use a fast retrieve for the surface layers and slow steady figure of eight for deeper work.

This is the perfect small stillwater sinking lin, which will work extremely well when it comes to fishing everything from nymphs to lures."

THE taper for fishing Stillwaters from bank or boat; the SuperFlo Stillwater taper loads the rod quickly and easily, achieve distance with minimal effort whilst fishing teams of flies.

With almost every angler looking for improved performance from the single most used fly line on the planet; it’s easy to see why a floating line that casts easier, floats higher where required, has almost zero memory and lasts measurably longer than any other fly line in the world would be deemed to be the holy grail!

We are proud to introduce SUPERFLO – Flyline redefined!

Airflo are the only company who extrude Polyurethane as a super tough coating on our fly lines. With the inclusion of our new “FLO” technology, we are now able to produce a line that has running lines slimmer in diameter than our competitors, without any of the durability issues associated with PVC. The end result is a fly line that has a super charged head to running line diameter ratio, glides through the rings with minimal friction and has all the handling attributes and durability of the best fly line in the world!

SuperFlo is quite simply the greatest fly line we have ever produced.

A floating line with almost zero memory, that casts easier, further and floats higher when required and importantly 100% lasts longer than any other flyline full stop!

5 other products in the same category: 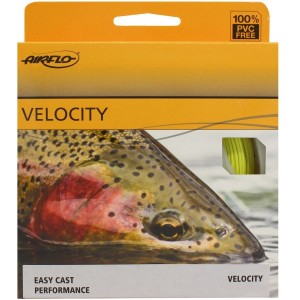 ACC-AIR
£19.95
Airflo’s velocity fly lines represent incredible value in an affordable package. Featuring a shorter belly for quick loading, these fly lines have a long rear taper for stability when casting. They shoot well, allowing for easy distance. Durable and slick to the touch, these fly lines will last for many years of hard use, thanks to their polyurethane... 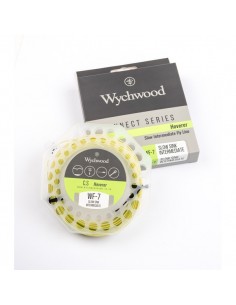 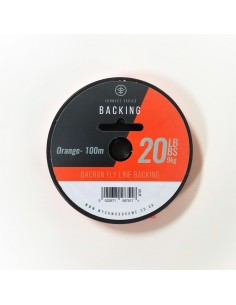 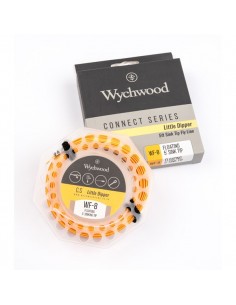 ACC-WYCH
£29.99
Wychwood: "Technical Info: Distance Taper Super High Floating with a 5ft tip section which sinks at 1.5in per second When the trout are not sure whether they want to be feeding on the top or just under, this versatile fly line lets you cover their moods. For fishing with a team of nymphs or buzzers the sink tip section on the Little Dipper, available...
View 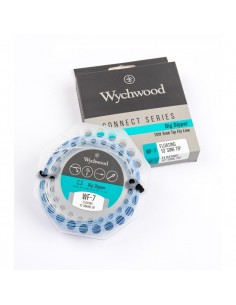 ACC-WYCH
£29.99
Wychwood: "Technical Info Distance Taper Super High Floating with a 10ft tip section which sinks at 1.5in per second Here‘s a fly line that can make all the difference on those days when the trout are loathe to rise, yet are happy to cruise just subsurface. The Big Dipper is an 'in between line' which is ideal for presenting your flies, with maximum...
View 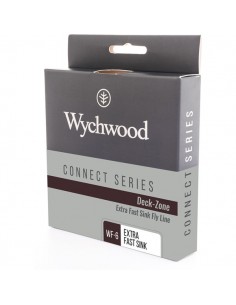 ACC-WYCH
£29.99
Wychwood: "Technical Info Distance Taper Fast Sink Rate 7 inches per second The Deck Zone, available in 6-wt, 7-wt and 8-wt, is for those occasions when the trout are hugging the lakebed and will not budge. When you are in a hurry to get those flies down where it matters, you will need it. Lure fishing is its forte with Boobies being one of the best...
View 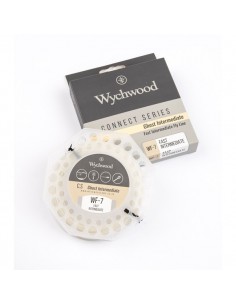 ACC-WYCH
£29.99
Wychwood: "Technical Info Distance Taper Intermediate Sink Rate 1.5inches a second This is the ultimate fly line for most stillwater fishing techniques, and it’s make up and colour means that it does not spook fish unlike other, brighter intermediate fly lines. Like the Hoverer this Ghost Intermedaite line, available in 6-wt, 7-wt and 8-wt, will let...

ACC-WYCH
£29.99
Wychwood: "Since the advent of modern loch style techniques a fly line that has the ability to fish and present your flies just under the surface of the water has been a must. The Hoverer, available in 6-wt, 7-wt and 8-wt, can hold your flies in the zone for far longer due to its very slow sink rate. For effective nymphing and of course presenting... 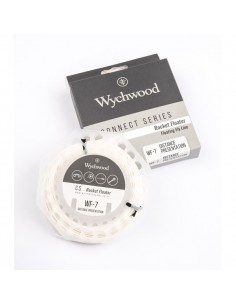 ACC-WYCH
£29.99
Wychwood: "Technical Info Distance Taper Super High Floating This Rocket Floater, available in 5-wt, 6-wt, 7-wt and 8-wt ,has a bullet shaped taper which will let you load the rod super fast, allowing you to get that fly out where you want it with the minimum of fuss or disturbance. A combination of the line profile and the thin super slick running...
Tap to zoom