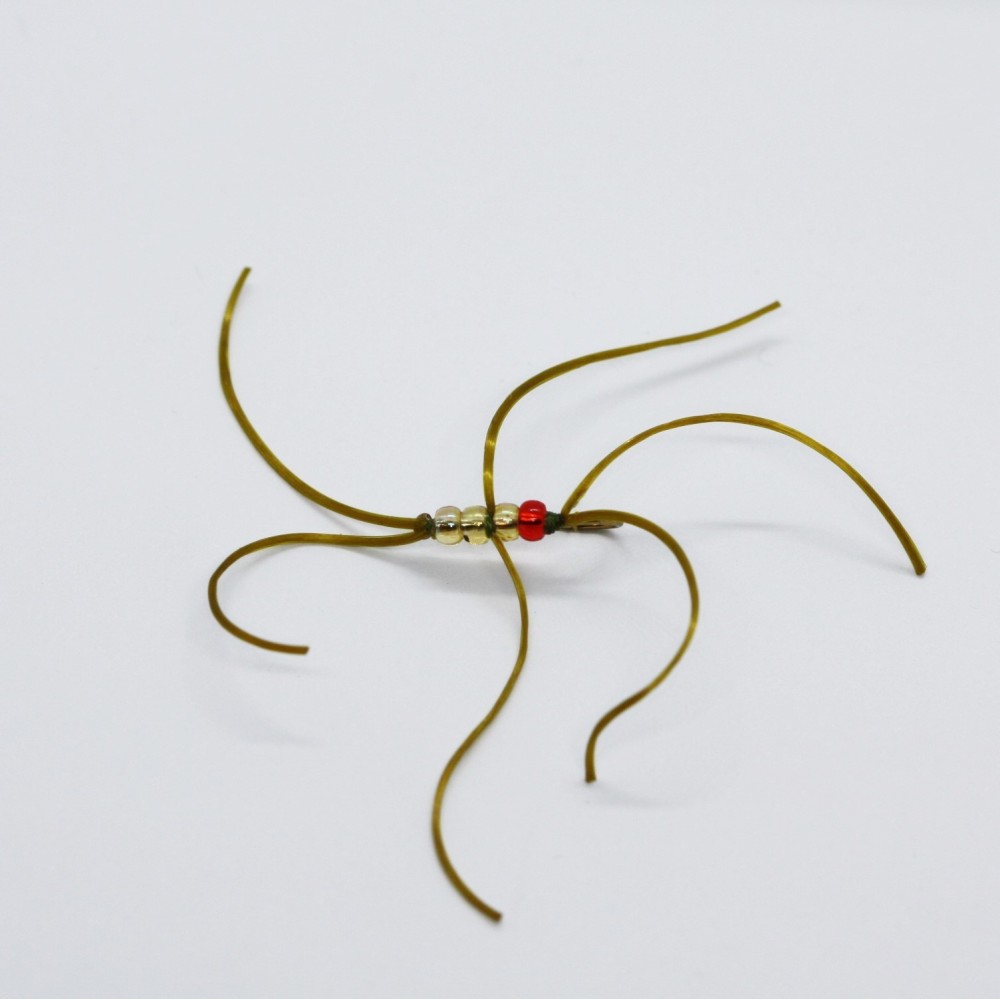 Bloodworm patterns have proved to be successful fish catchers on stillwaters, but the problem was that most anglers fished the same patterns, so a new modernised version was needed so the six legged version was formed and the way this pattern pulsated on the draw meant that it was best suited to an intermediate line with a quick draw retrieve. 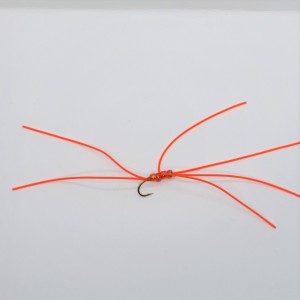 BLW08PK
£1.00
Another stunning long rubber legged pattern this Orange one has fished really well all year. 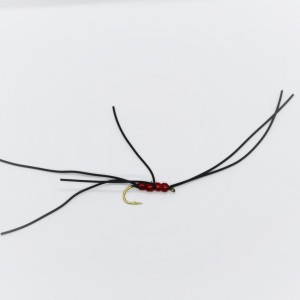 BLW05PK
£1.00
Black Legs red beaded body this six legged version was a surprise success last season accounting for a huge number of fish I like to fish this with a slow, conventional, figure-of-eight buzzer-style of retrieve. For this pattern we have used Wapsi Black Rubber on the legs and a Ruby coloured glass bead 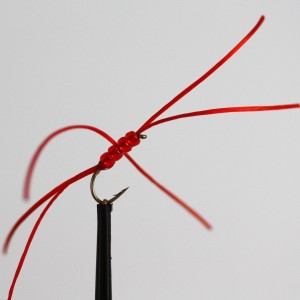 BLW09PK
£1.00
This red northern bloodworm has proved to be a real fish killer this six legged version pulsates on the draw which means that it is best suited to an intermediate line with a quick draw retrieve. 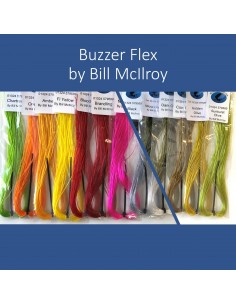 Bill McIlroy's Fly Tying Shack
£3.75
For use on body ribs and legs.

5 other products in the same category: 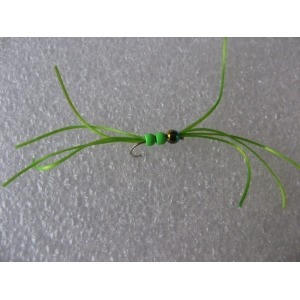 BLW23PK
£1.00
Tied on a Size 10 hook this bloodworm has Fl Green Legs and 3 Brass Beads (2 x  Fl Green and 1 x Rainbow) allowing it to sink very quickly For the legs on this worm we have used Bill McIlroys Chartreuse Buzzer Flex 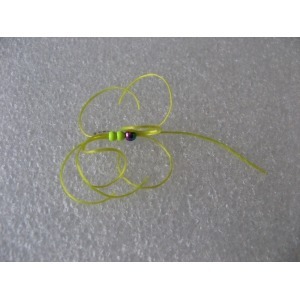 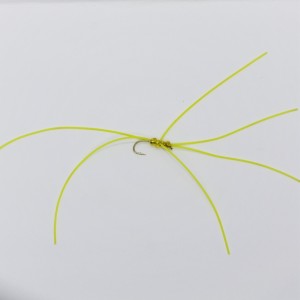 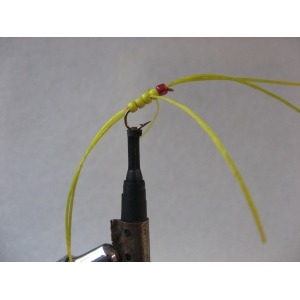 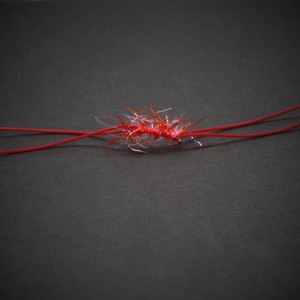 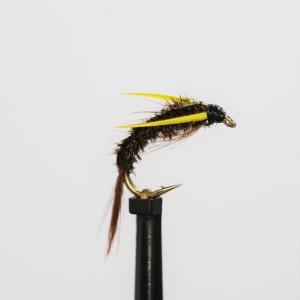 DIA13PK
£1.00
Diawl Bach or wee devil originated in wales as a wet fly but has since had many variations tied for the competition scene all of them working extremely well, can be fished at all levels in the water is often the choice for droppers on washing line method.

BLW27PK
£1.00
Tied on a Size 10 hook this bloodworm has Fl Yellow Picric Legs and two Tungsten Yellow beads and one Rainbow bead this allows it to sink very quickly HU01
£1.20
One of the new variations of a tried and tested pattern in the colours of the Cats Whiskers CSW04PK
£1.10
An all Orange version of the prolific Cats Whisker love this one at the end of the season 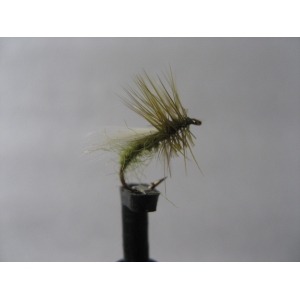 DRY206PT
£1.20
I fish this one early in the season but like to fish it with the black on the same cast. 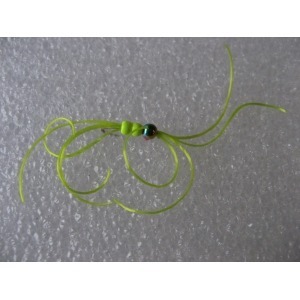 BLW22PK
£1.00
Tied on a Size 10 hook this bloodworm has Fl Chartreuse Legs and 3 Brass Beads (2 x Fl Chartreuse and 1 x Rainbow), allowing it to sink very quickly. The material we have used for these legs is Bill McIlroys Sunny Green Buzzer Flex. 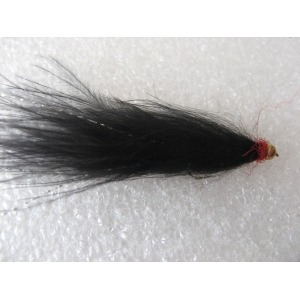 LD25PK
£1.10
A totally different fly this one has the rabbit fur wrapped round the hook shank the head is finished with Red Glister, and the tail has strands of crinkle flash through it

EGG26JN
£1.00
Eggstasy by Flybox - A mix of White and Chartreuse on this  gold head egg fly best fished under an indicator or if not left to fish really deep 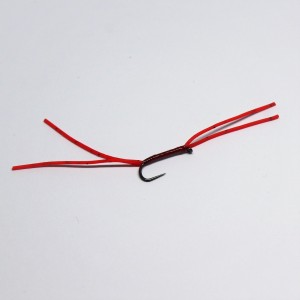 Z-BLW33JN
£1.00
Imported from the US, this Perfect Rubber makes this bloodworm even better than the apps because it is softer and more boyant giving it fantastic movement in the water this one is Flou Red in colour Feb 19
Tap to zoom